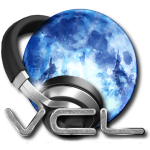 From his inception, he has successfully established himself in the hottest clubs in Montpellier (south of France).

In 1996 he rubs already demanding the public side of the Rome Club, with TeePaul and at the same time the internationally renowned djs such as Jack de Marseille, Dj Hell, and Fafa Monteco â€¦

From 2001 it was through his meeting with the association NITESHOP many other clubs as prestigious as CLUB 287 (along with David Vendetta, Paul Johnson,â€¦), the Folieâ€™s Pigalle or the SCENE BASTILLE him open their doors.

Since 2003 he is the co-organizer and resident DJ and MOOLTIPASS JADORE â€˜ in major clubs in the french capital CLUB 287, the LOCO, the QUEEN, Les Bains Douches, â€¦

In 2005 he spent more time on the production and remixes, ranging elektro and tech house, he likes to change tempo rhythms and bold in order to return the dancefloor. All with the same freedom in the various clubs where he has done: in Belgium at Cafe dâ€™Anvers, or Fuse in Brussels.

In 2006, with the collective â€œrayofnightâ€ that many projects will emerge.

He also produced alongside the internationally renowned DJ David Vendetta, for parties and tours JADORE â€˜.

In 2008 the tracks that come together with Yasmina, eclectic singer with the voice sulfur.

Niko is one of the most popular DJs and likes to play styles that can move freely from one house to a groovy techno-tribal harder.

We use cookies to ensure that we give you the best experience on our website. If you continue to use this site we will assume that you are happy with it.Ok