sound artist, designer, electronic musician and pentagram partner yuri suzuki has collaborated with counterpoint studio to digitally rework some of the synthesizers made by world-known electronic musical instrument manufacturer, roland. the project comes just in time to celebrate roland’s 50th anniversary, as well as the world appreciation day of the company’s TB-303 bass synthesizer which was firstly introduced in 1981. the tribute day which is also known as ‘303 day’ is celebrated by the brand and its supporters every year, on march 30th. 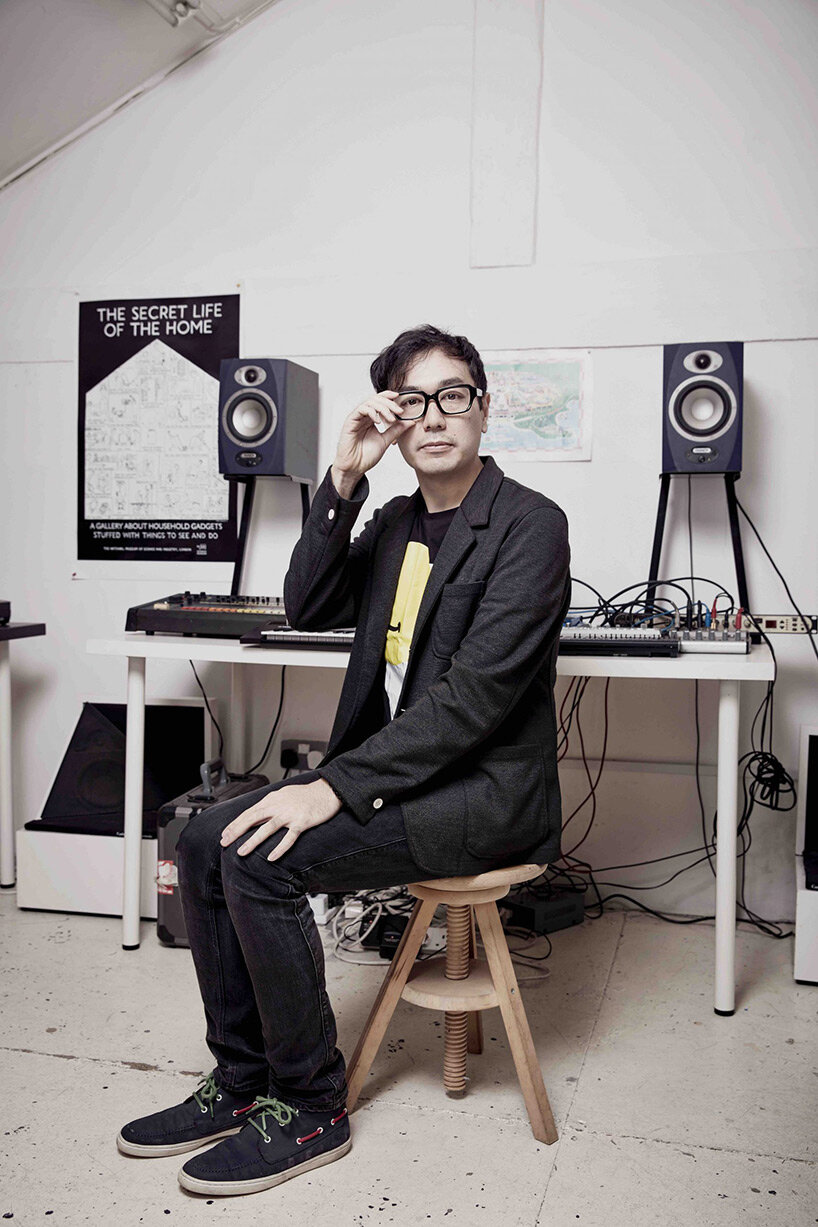 followers of yuri suzuki are familiar with this digital music-making system since the artist’s first collaboration with roland which resulted in a web-based music tool titled ‘808.303.studio’. now, suzuki and the team at counterpoint have updated this digital platform to include the classic SH-101 analogue synth to the TB303 and TR808 interfaces, introducing a newly formed ‘roland50’ studio, which you can access here.
it doesn’t matter if you’re already familiar with the basics of a roland synthesizer or not, as the creators have formed an interface that is fun and easy to use by anyone, thanks to its simple graphic design. aspiring virtuosos simply have to turn on the digital device of their preference, and access the link leading to the roland50 studio. then, they will have everything they need in order to start making their own electronic music, with the user experience coming close to orchestrating a mini robot band; bass, drum, and lead. the platform encourages users to record their creations, download them, and share them on social media. at the top of the website, right next to the new TB303 and TR808 tabs, four small padlocks forebode that there’s more to come. one can only wonder about all the exciting things that roland and suzuki might reveal in the near future. 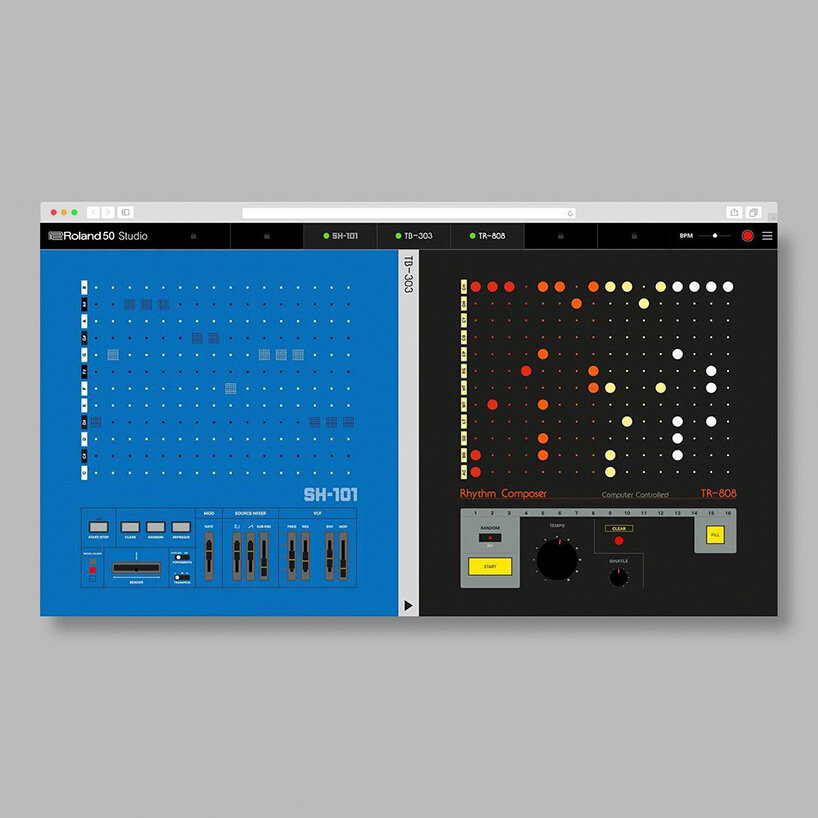 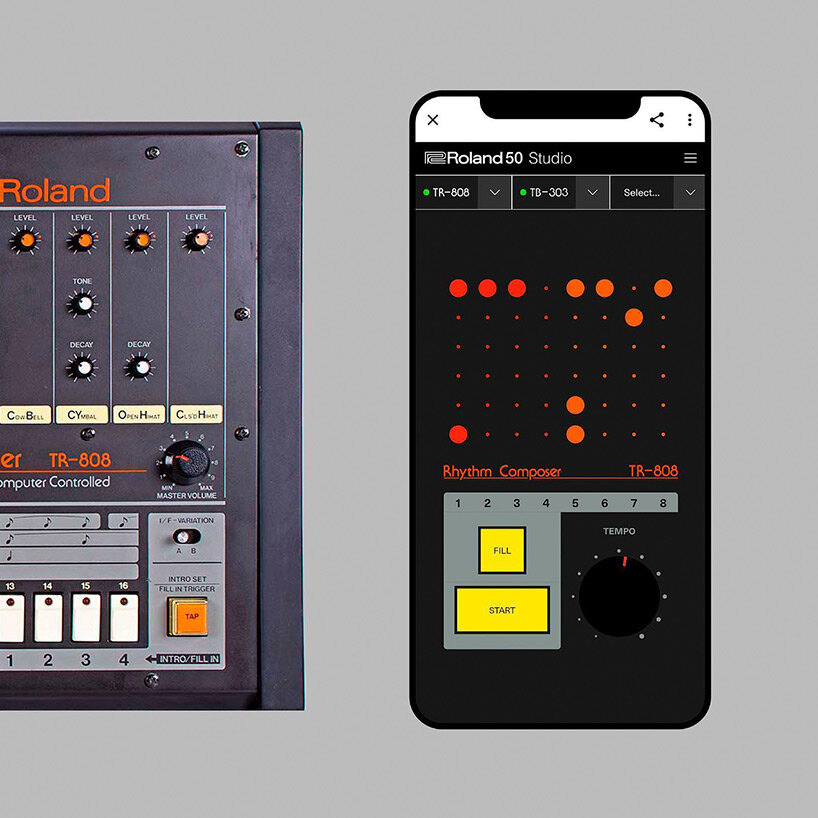 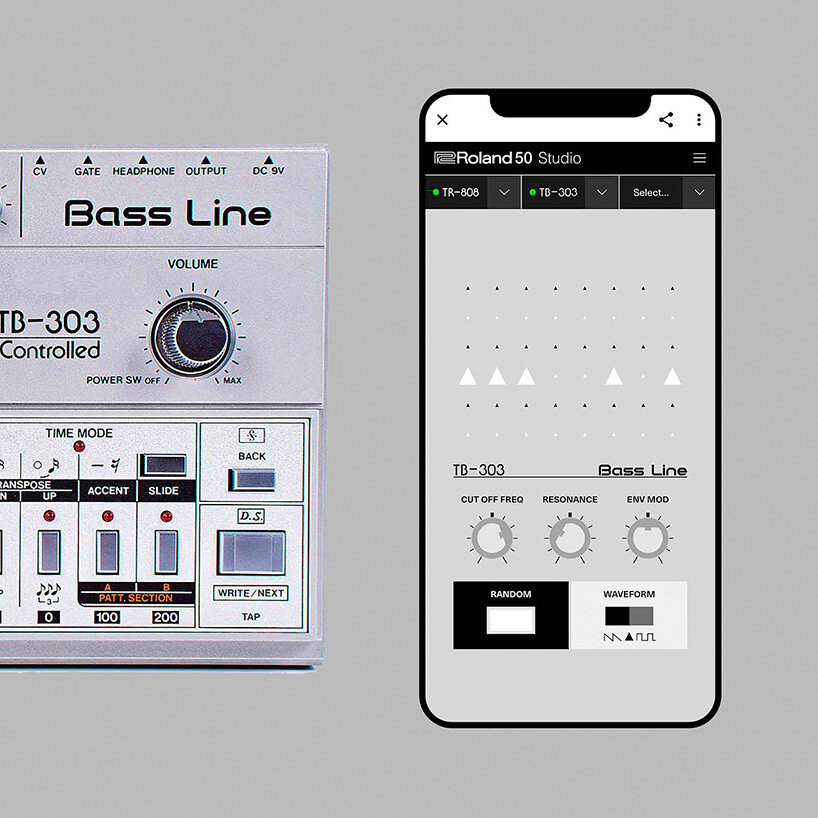 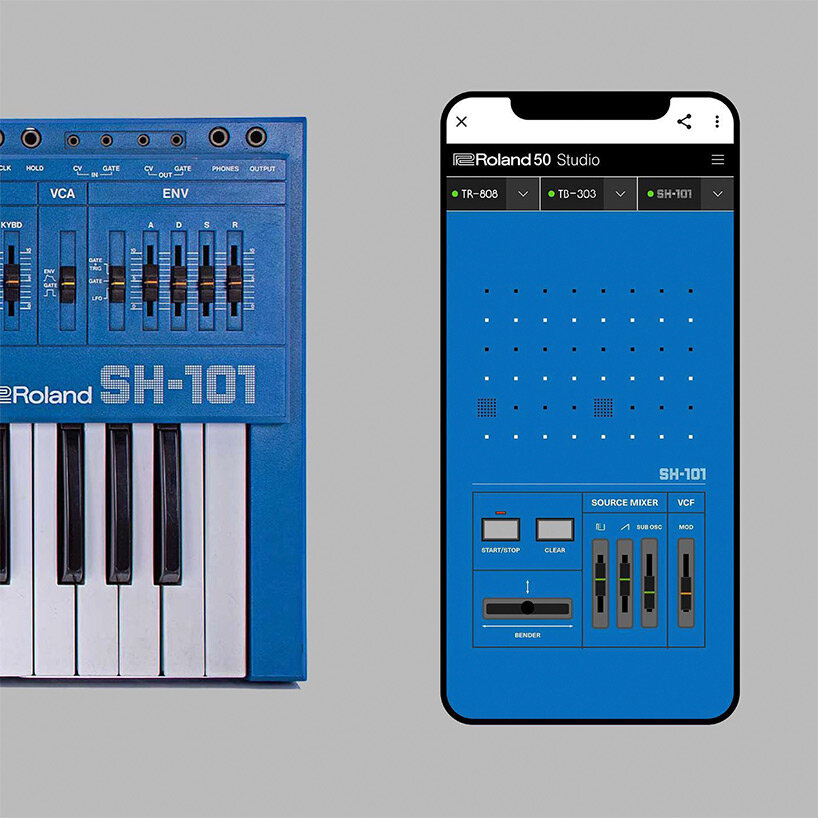 a diverse digital database that acts as a valuable guide in gaining insight and information about a product directly from the manufacturer, and serves as a rich reference point in developing a project or scheme.